A 2-0 loss to Olentangy Orange on Dec. 17 marked the 10th time this season that the hockey team was held to two goals or fewer, including the third time it was shut out.

The Shamrocks know, though, that other teams aren't feeling sorry for them after they made it to a state semifinal last season.

"We've got to start playing our system," coach Darcy Cahill said. "We're almost two months into this and the excuses of being young are over. We've got a good enough core group of leaders to keep it together."

Coffman is 4-9 overall and 0-4 in the Capital Hockey Conference-Red Division heading into its game Friday, Dec. 23, against CHC-Red leader St. Charles at Chiller Dublin.

One of the season's positives came Dec. 8-11 in the Adam Allgeyer Memorial Showcase. The Shamrocks went 3-2 in the event, including beating Jerome 2-1 in a shootout Dec. 9.

According to Cahill, seniors Chris Aman, Luke Babner, Matt Foote, Brian Hoover and Spencer Thompson and junior Joe DiCesare have been among the team's leaders.

"Over the past four years we've been a very structured hockey team," Cahill said. "We've had our moments, but we have to be ready to play each and every game. We're going to turn it around."

The postseason run the Dublin Coffman High School hockey team put together last season had the exact affect that fourth-year coach Darcy Cahill was hoping it would during the offseason.

After losing 3-2 in two overtimes to Hunting Valley University School in a state semifinal, the Shamrocks have set their aim firmly on making it back to that level this winter.

"We gained experience last year, and the expectation is to win again," Cahill said. "We want to create an attitude where there's an opportunity to do it every year. We're trying to figure everything out to get back there. We've got winning experience, and that's trickling down to the returning guys."

Coffman, which went 25-8-3 overall and placed third in the Capital Hockey Conference-Red Division at 11-4-1 behind St. Charles (14-2) and Jerome (12-4) last season, opened last weekend in the Midwest Thanksgiving Classic at Chiller Dublin.

Senior forward Luke Babner, who scored the Shamrocks' first goal in the state semifinal against University School and finished last season with 14 goals and 21 assists, is back to lead the offense.

Others expected to be key forwards include seniors Chris Aman and Spencer Thompson and juniors Ian Feit, Adam Hoover and Mac Kenner-Aspery.

Senior Brian Hoover is at goaltender after serving mostly as the backup last season to 2016 graduate Grant Powell, who finished 27-7-2 with an .891 save percentage and was the ThisWeek Hockey Athlete of the Year.

Powell and 2016 graduate Nick Kennedy both were named honorable mention all-state last season for the Shamrocks, who won their first Blue Jackets Cup since 2009 and went on to reach state for the second time. Their first state appearance came in 2010.

"We've been coming together as a team," Cahill said. "These kids have got a lot to live up to."

Congratulations to the Rocks on winning the Western division Summer League championship game this past Sunday vs. Liberty. Despite being shorthanded, the boys played tough and pulled out a great win. Thank you to all the players that participated this summer. 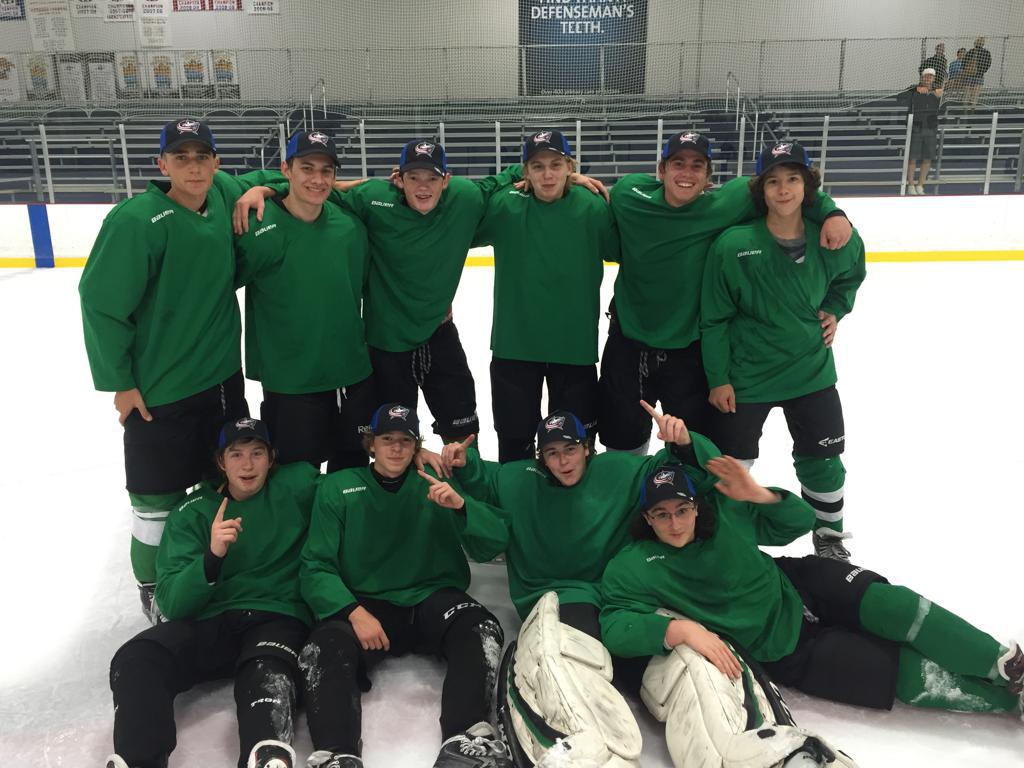