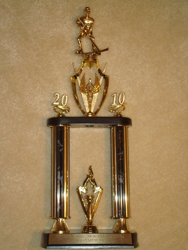 With a 10 - 4 victory over Archbishop Hoban, the Irish have taken 1st place in a hockey tournament for the first time since the 2003-04 season.  Leading the Irish in the championship game was Freshman Zach Vallette.  Zach scored 3 goals and had 4 assists and picked up game MVP.  Senior Captain Fran Filice also tallied a hat trick, and scoring for the Irish as well were - Zach Kivior, Andy Lee, and Grant Noppenberger.  Jake Reed made 30 saves in the Championship Game.

The road to the Championship was made with 3 straight victories.

Friday night, Scioto defeated Ottawa Hills in a shootout by a score of 4-3.  Scoring for the Irish were Filice (3), and Vallete.  Game MVP - Fran Filice.  Chris Beatty made 21 saves.

Saturday morning, Scioto defeated Archbishop Hoban by a score of 5-3.  Scoring for the Irish were Filice (3), Best, and Noppenberger.  Jake Reed made 28 saves in the victory.  Game MVP - Fran Filice. 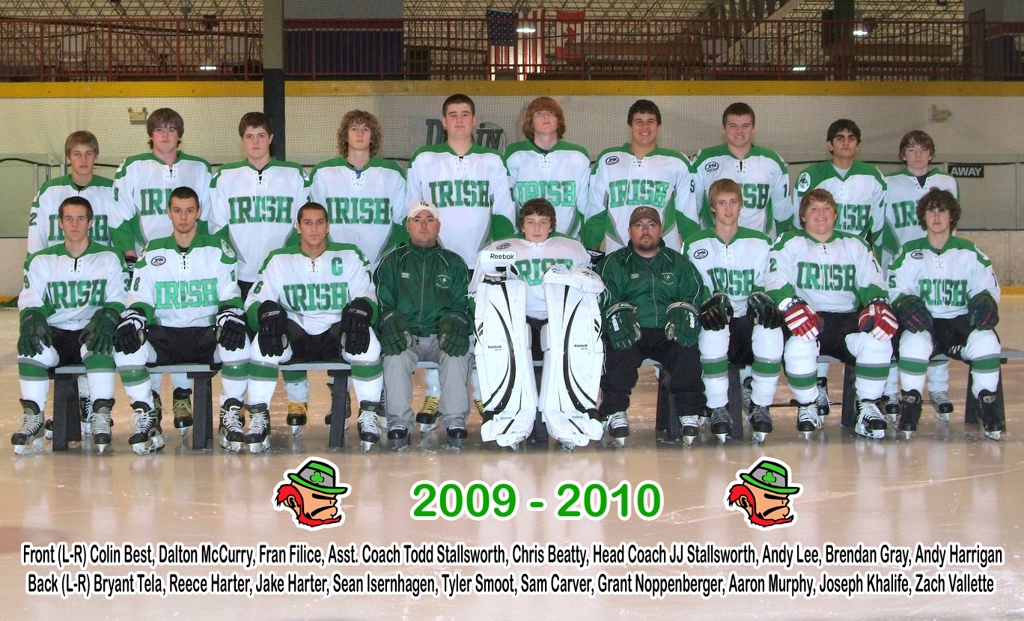 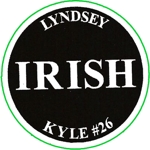 The Irish Hockey Team will be wearing Memorial stickers all season long to honor our friends and classmates Kyle Colello and Lyndsey Rice.

All hockey players from Dublin Jerome, Dublin Coffman, and both the JV teams will also be wearing these stickers on their helmets all season long.

The thoughts and prayers of the entire Dublin Hockey community, go out to the Colello and Rice families.